Spin control — an attempt to give a bias to news coverage, especially of a political candidate or event. -Dictionary.com 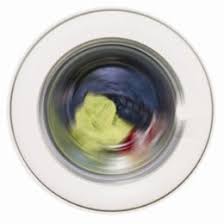 Too often, we hear clients suggest that we should “spin” something. We, instead, discuss how to explain something because spin has lost its spin. Today’s consumers are much too savvy to be spun, and today’s communication network offers up too much commentary to get away with spinning.

As evidence of this, see today’s Michael Hiltzik column in the LA Times about the spin on why the Board of Directors at American Apparel didn’t move more quickly to oust the Los Angeles company’s founder, chairman and CEO, Dov Charney. Hiltzik wrote:

“For years leading up to its unceremonious firing of Charney this week, the company’s board looked the other way and made transparent excuses for his unprofessional and allegedly unlawful personal conduct. After this week’s sacking, the board’s newly-appointed co-chairman, Allan Mayer, defended its years of inaction by telling Times reporters: “A board can’t make decisions on the basis of rumors and stories in newspapers.”

“Mayer is a PR man by trade (co-author, with Michael Sitrick, of “Spin: How to Turn the Power of the Press to Your Advantage”), so a proper default assumption is that he’s hiding something in those words.

“But they’re preposterous on their face. Charney has been repeatedly accused of sexual improprieties by so many former employees and others in court papers and official proceedings that the board had ample cause to take them seriously long before now.”

Columnists and commentators abound in today’s media and on the blogosphere. Each has a very strong BS meter that untrue or even half-true spin can set off. Moreover, rivals, competitors or a company’s own employees are quick to point out when statements seek to mislead or lie.

So what to do in a case like this? The best approach is a good defense: Avoid the problem in the first place. Good PR people – or any advisers – look around the corner and tell you what’s likely to happen if you continue to support a company president who engages in inappropriate and/or illegal behavior. That way you avoid the crisis in the first place.

Once the crisis hits, the best approach varies, depending on the circumstances and what the lawyers say about the pending liabilities. But all agree that the best approach is to quickly and surgically solve the problem to minimize the fallout. Clearly, spin that sets off BS meters and spurs further commentary and stories about the crisis prevents the quick and surgical resolution.