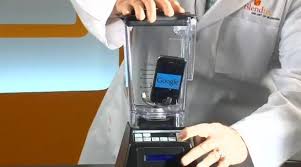 It’s the goal of every successful marketer, and many claim to have made an art of it on YouTube and other video sharing services. Jukin Media, for instance, has based a whole business on figuring out what will go viral and monetizing it. PR professionals are always looking for ways to go viral – including grinding up iPhones in blenders that became such a sensation marketers paid a premium to have their products pulsed and pulverized.

What clients often don’t understand is that it’s often the unusual that makes a video, story or concept go viral. That was the case with this story about adulterated cocaine that we first distributed to the media in 2011. Dealers were adding levamisole, a veterinary medication for deworming livestock, to cocaine to dilute, or “cut,” it so that they could make more money selling the illicit drug. Law enforcement estimated up to 70% of the cocaine in the U.S. had levamisole in it.

Noah Craft, MD, PhD, a researcher at LA BioMed and chief medical officer at Logical Images, reported on six cases of patients with rotting flesh on their ears, nose, cheeks and other parts of their body. Normally, six cases wouldn’t be enough to generate much news. But this was “flesh-eating cocaine,” a concept that was irresistible to both media and consumers.

The story spread through the media and, within weeks, Los Angeles County health officials held a press conference to warn cocaine users of the health risks. That story continues to make news more than three years later. You can see the latest installment here.

The good news about the viral nature of this relatively small report is that cocaine users around the world have had the opportunity to learn of the new risks associated with their habit. We do a lot of work with healthcare providers and researchers, and this is one of the most satisfying aspects of the job – knowing that sharing important discoveries and information can improve people’s lives and health.