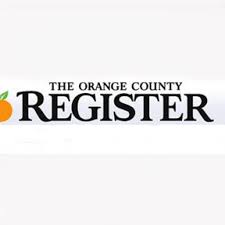 OC Weekly’s analysis of the OC Register’s failure to fulfill its mission to grow its business through the revitalization of print media shows that – much as everyone suspected – the new owners were looking at the changing media landscape through rose-colored glasses, at best, or even blinders. It is a blow-by-blow description of poorly planned initiatives, overly optimistic projections and poor management.

It also shows that even as the publisher, Aaron Kushner, was publicly praising the prospects of print, he was dealing with the realities of today’s lousy newspaper economics touting the values of the property and the promotional opportunities of tying content to advertising in closed-door meetings with investors and advertisers.

Among the insights, writer Gustavo Arellano describes a PowerPoint presentation to investors in which Kushner “mentioned little about journalism. Instead, his spiel focused on real estate: he planned to sell the Register‘s offices and land around it, with a slide showing it would bring in $81 million by the beginning of 2015 to pay down $47.1 million in debt and ‘preferred equity’ to investors.”

We have seen this elsewhere. For instance, the Sacramento Union sold largely because of its downtown Sacramento location. The developer kept it running for a few years per the purchase agreement, but as soon as that obligation ended, he folded the paper and developed the land on which it sat.

Not surprisingly, Kushner also shifted to a pay-for-play model that is increasingly seen in smaller and some larger newspapers – from advertorials to outright pay for an ad get a favorable story approach. As described by the OC Weekly:

“…Kushner upset the newsroom when he announced during a staff meeting that he didn’t believe in the old journalism adage of afflicting the comfortable, part of his philosophy of focusing on positive news and community building. The following month, Kushner debuted weekly sections devoted to covering Chapman University, UC Irvine and Cal State Fullerton that were funded wholly by the colleges and featured puff pieces penned by Register staff.

“According to one reporter, ‘That’s when a lot of us realized that we had been sold a pile of shit.’”

For journalists, perhaps the most telling details are Kushner’s surprising lack of transparency. Journalists are trained to sift? through double talk and spin. That he thought he could get away with this lack of candor with his staff is indicative of his lack of experience in journalism. Among the gems: